High Nature Value (HNV) Farming refers to farming systems where the overall management characteristics of the system provide a range of environmental benefits, particularly maintaining and enhancing a wide range of habitats and species (such as butterflies and birds) that are considered to be of high nature conservation importance at a Scottish, UK and European level. 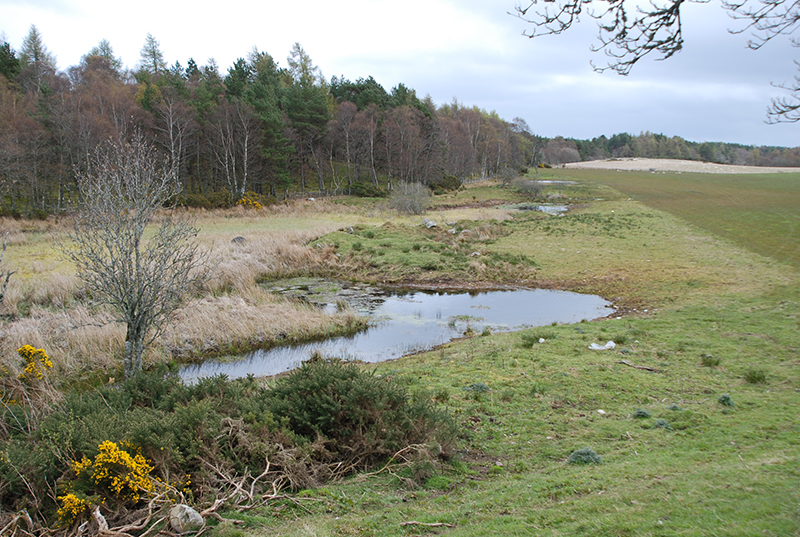 HNV farming systems in Scotland are associated with farms and crofts where semi-natural vegetation makes up a high proportion of the available forage resource and where the livestock grazing that resource do so at low grazing densities. View Scottish High Nature Value Farming case studies. 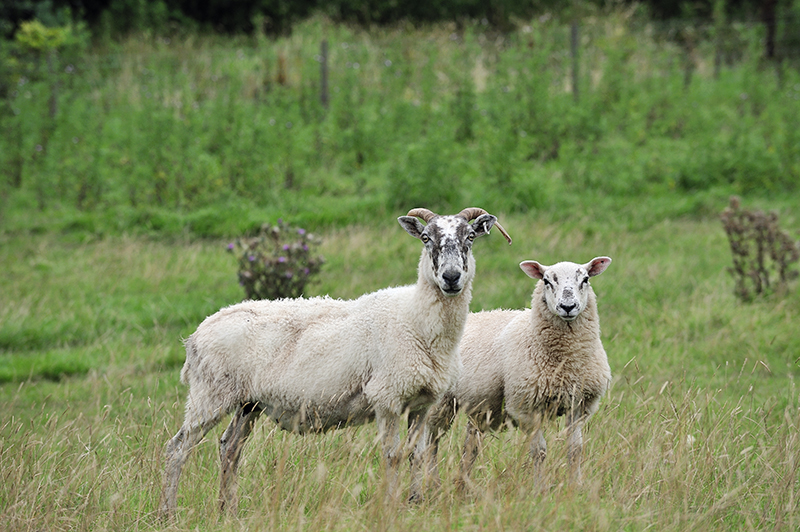 The indicator is applied across the EU but individual Member States, or parts thereof, develop specific indicators to reflect the nature of their own farming systems. An indicator for Scotland has been developed.

The main purpose of this indicator is to monitor the extent and broad distribution of HNV farming Scotland, in support of the Scottish Rural Development Programme (SRDP) and other Scottish Government Strategies such as the Land Use Strategy and ecosystem health indicators. 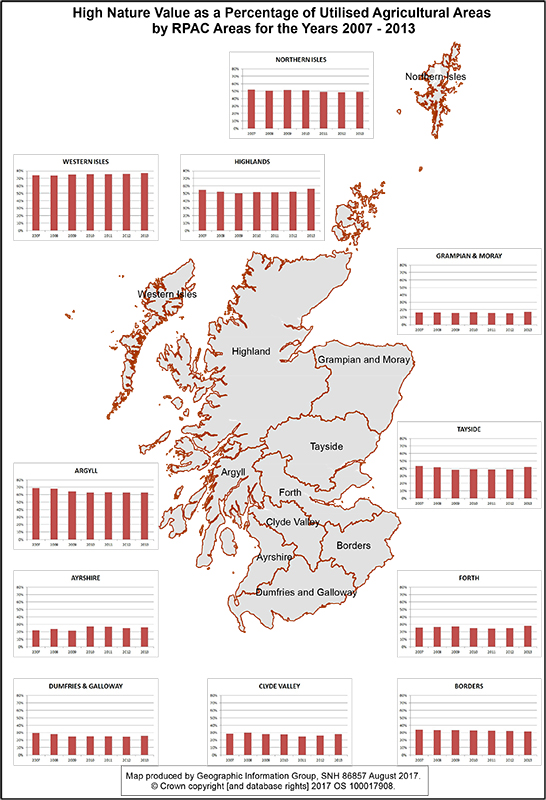 How do I interpret the data?

The map shows the estimated distribution and extent of HNV farming across Scotland, at a broad regional level, in each year since 2007.

Geographically, the Highlands contain the largest area of HNV farming in Scotland (43% of HNV area being in Highland), followed by Argyll (11%) and Tayside (10%).

The Western Isles had the highest percentage of its total farmland under HNV, at 77%.

Who is responsible for this indicator? 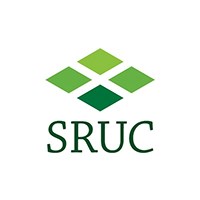 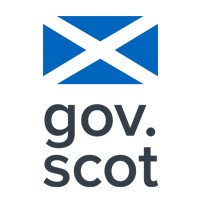