The Deeside premiere of ‘Riverwoods’, a feature-length film about the plight of Scotland’s salmon, was held at The Barn in Banchory on Monday 28th March.

The evening screening attracted over 120 people, who joined a Q&A session afterwards with some of the documentary’s contributors, covering themes from across the linked crises of biodiversity loss and climate change. 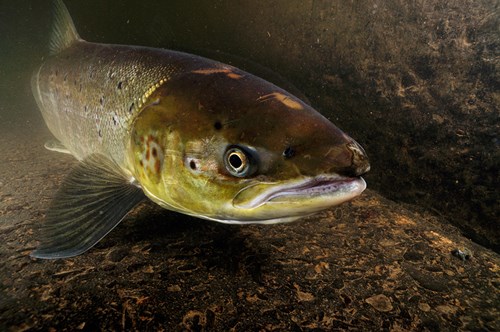 Produced by rewilding charity, SCOTLAND: The Big Picture, and narrated by Peter Capaldi, 'Riverwoods: An Untold Story' is about the fractured connections between salmon and the lands through which their rivers flow. Dr Susan Cooksley, Manager for the Dee Catchment Partnership, a key contributor for the film, was on the panel responding to questions from the audience. She said: “It was fantastic to see such a strong turnout to this spectacular film. Land managers and policy makers were a key target audience for this film and we had good representation from both sectors as well as the general public, with an engaging discussion covering everything from the types of trees we need to be planting to the benefits of learning the lessons from other river catchments and countries.”

Edwin Third, River Operations Manager for the Dee District Salmon Fishery Board, is another of the film’s contributors. He said: “The current situation is bleak but thanks to the foresight and positive actions of many, including initiatives such as this film, there’s a growing awareness of the need to act, and restore river woodlands at a catchment scale to help secure the future of Atlantic salmon.”

Susan Cooksley agreed, and is keen to see the momentum generated by the film translated into wider advocacy and action: “There is hope - and it lies in using nature-based solutions to restore our catchments, whether by adding large woody structures to waterways to create better spawning habitats for salmon, or by planting a mix of native woodland habitats that will sequester carbon, reduce erosion, provide shade and food for aquatic creatures, improve water quality and slow catchment run-off. The health of our rivers and the life they contain depend entirely on the health of the landscapes through which they flow, and both need our immediate attention.” 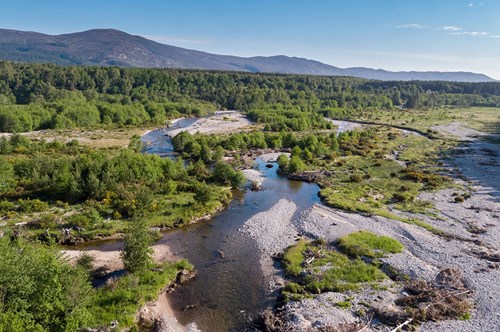 SCOTLAND: The Big Picture’s Executive Director, Peter Cairns, added: “The motivation behind Riverwoods is to inspire action. The film shows some amazing examples of what people are already doing but we need to roll this out across the whole of Scotland." 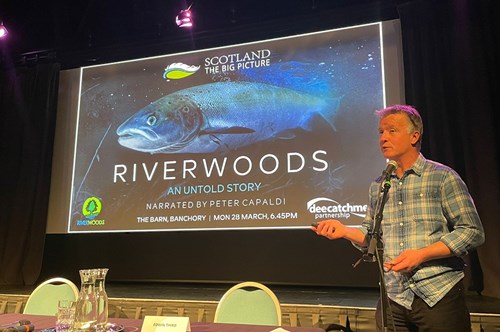 The film’s 12-venue screening tour kicked off in Edinburgh on 18th March and continues across Scotland until the end of May. Visit https://www.scotlandbigpicture.com/riverwoods to book a free ticket at the following locations:

The film is part of a wider initiative involving a broad partnership of organisations focused on restoring a network of riverbank woodland and healthy river systems throughout Scotland, and increasing the ecological connectivity between land and rivers. You can find out more here: https://www.riverwoods.org.uk/

You can follow the screening tour and join the conversation on social media using the hashtag #Riverwoods. Other relevant hashtags include: #wildsalmon #atlanticsalmon #GenerationRestoration #climatecrisis #climatechange #WildlifeComeback #BigPicture