A detailed assessment of Scotland’s Seas was made in Scotland’s Marine Atlas (2011). You can find updated data sets used as part of the 2011 Atlas assessment on Marine Scotland MAPS (NMPI).

Most of our seas, coasts and estuaries are in good or excellent condition that is clean and safe. There are localised areas of concern, but pollution problems caused in the past have largely been addressed. Our seas are healthy and biologically diverse, supporting around 6,500 species of plants and animals and nationally and internationally important populations of certain species. Our seas also contribute to the economy, supporting a wide range of human activities, e.g. offshore renewable energy and leisure and recreation such as diving, yachting and some wildlife watchings.

The two widespread significant pressures on offshore waters are:

Many competing human activities have resulted in the first National Marine Plan being published in 2015 following the passing of the Marine (Scotland) Act 2010.

Almost all (97%) of Scotland’s coastal waters are in good or high condition as assessed under the Water Framework Directive (WFD), but there are local impacts from commercial fishing, aquaculture and diffuse pollution.

Growth in industries such as aquaculture and renewable energy may increase pressure on coastal waters.

Scotland has approximately 48,000 km2 of coastal waters (internal waters and sea within the three mile limit used for WFD) which vary from sheltered sea lochs to exposed shoreline.

The overall status of 97% of Scottish coastal waters is ‘high’ or ‘good’, with only 3% rated as ‘moderate’.

Scotland’s seas extend from the coastline to the Exclusive Economic Zone (EEZ) limit, generally about 200 nautical miles, covering a sea area of 462,263 square kilometres (km2). Beyond the EEZ is the seabed forming the continental shelf. 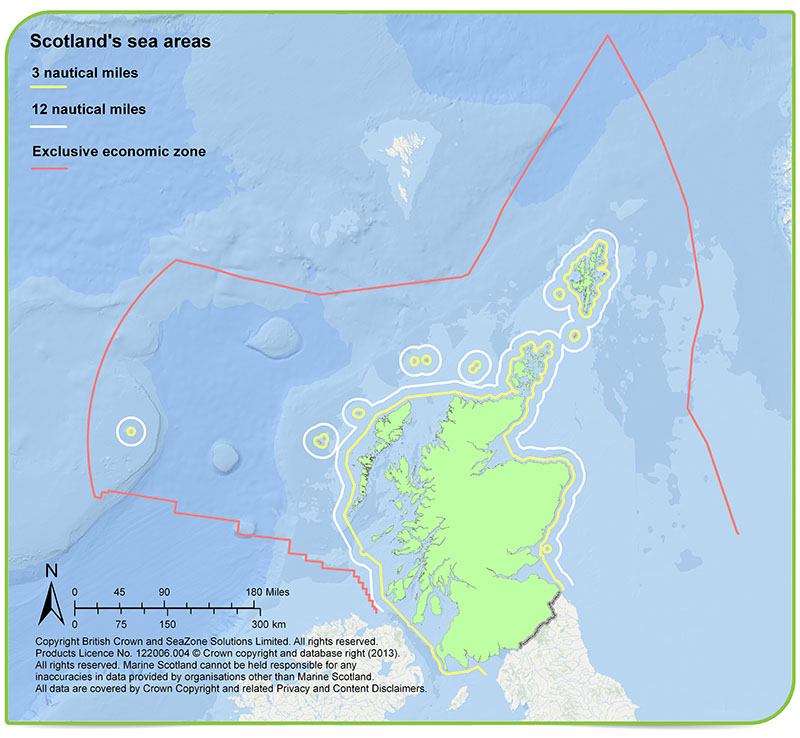 Scotland’s seas range from shallow shelf seas (less than 200 m deep) to deep oceans (more than 2000 m deep). The shelf seas contain features like banks and deep channels, whereas the deep oceans have complex, varying depths broken up by steep ridges, seamounts (mountains under the sea) and banks.

Marine Scotland gathers and uses a wide range of data and information as part of its work.

Marine Scotland INFORMATION (MSI) – Marine Scotland’s new integrated web portal that provides access to descriptions and information about the Scottish marine environment while providing links to datasets and map resources that are made available by Marine Scotland and partners. Content is grouped into 3 types: information, maps and data.

All users can create maps for printing and download certain data (subject to a licence agreement). New data are regularly being added and are structured around the Government’s vision for the seas of clean and safe seas, healthy and biologically diverse seas and productive seas. Additional sections cover physical characteristics, climate change, administrative data and regional layers to support regional marine planning. Marine Scotland MAPS (NMPI) is closely integrated with Marine Scotland INFORMATION. 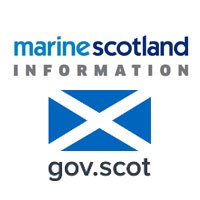 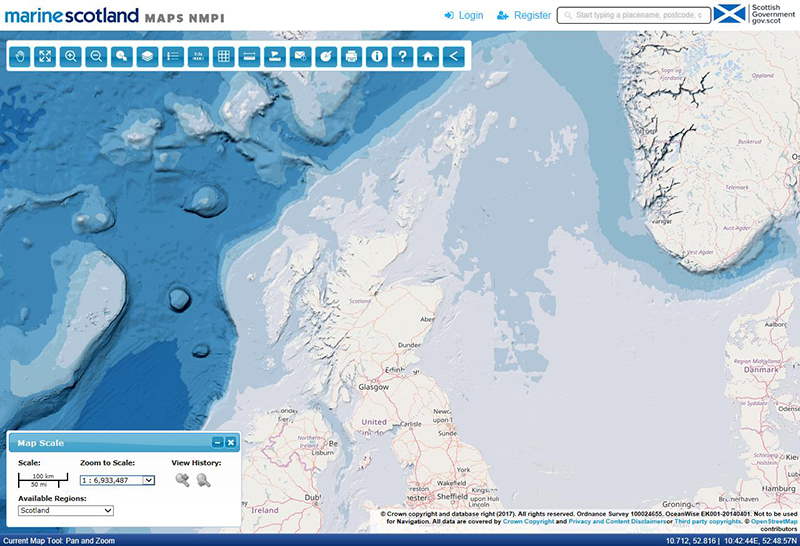 Scotland’s Marine Atlas – Information for the National Marine Plan is an assessment of the condition of Scotland’s seas, based on scientific evidence from data and analysis, supported by expert judgement. It was published in 2011 and prepared by Marine Scotland working with Scottish Environment Protection Agency (SEPA), Scottish Natural Heritage (SNH), Joint Nature Conservation Committee (JNCC) and Marine Alliance for Science and Technology for Scotland (MASTS).

Marine Scotland also has responsibilities for fisheries management, aquaculture and marine science through its laboratories.

You can view data by Scottish Marine Region, in the following data analysis applications:-

There is legislation at various levels that contributes to planning Scotland’s seas.

More details are available from The Scottish Government website.

More details are available from The Scottish Government website.

Crown Estate Scotland - one of the UK’s largest coastal landowners, managing and investing marinas, moorings, around half the UK’s shoreline, and hundreds of aquaculture sites, which provide more than 6,000 jobs in Scotland.

Marine Alliance for Science and Technology for Scotland (MASTS) - a consortium of organisations engaged in Marine Science.