Non-native species are animals or plants that have been introduced  into an area in which they do not naturally occur.  We need information on where invasive non-native species occur, especially new arrivals in Scotland, to support management including biosecurity and, in some cases, eradication.

It is important to remember that, while there are over 900 non-native species in Scotland, only a minority become invasive, but these few can have serious negative impacts.

In Scotland, it is illegal to release, plant or allow to spread any non-native species into the wild.

What will happen to my report? 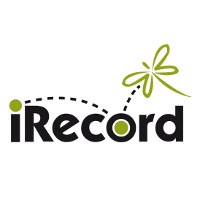 When you send a report in through this portal on Scotland's environment web, we send it straight to the iRecord website. iRecord is a website for sharing wildlife observations, including associated photos. Your data will be kept secure and will be regularly backed up. Automatic checks will be applied to your observations to help spot potential errors, and experts can review your sightings.

iRecord data are stored in a secure database, are archived daily and accessible to anyone via the website. Records entered will also be available to relevant individuals and organisations, e.g. recording schemes and societies, local environmental records centres and the Archive for Marine Species and Habitats Data (DASSH), at full capture resolution to enable verification and sharing via the National Biodiversity Network (NBN) Atlas.

If you would like to record any non-native species you can record it directly on our INNS reporting form.