This habitat connectivity indicator measures ‘functional connectivity’. This refers to how well species can move from one habitat patch to another based upon their dispersal abilities and the nature of the intervening land cover, often referred to as the landscape matrix.  In contrast, ‘structural connectivity’ refers to how habitat patches are distributed across a landscape and whether they are physically connected to each other by the same or similar habitat.

The metric used is the Equivalent Connected Area (Probability of Connectivity) or ECA (PC) devised by Saura and Torné in 2009. It is a measure of the hypothetical size a single habitat patch would have to be to provide the same theoretical connectivity as the actual habitat pattern in the landscape.

What makes the ECA (PC) value a calculation of functional - rather than simply structural - connectivity is its ability to take into account:

A full methodology is given in NatureScot Commissioned Report No. 887 - Developing a habitat connectivity indicator for Scotland.

There are four connectivity indicators: 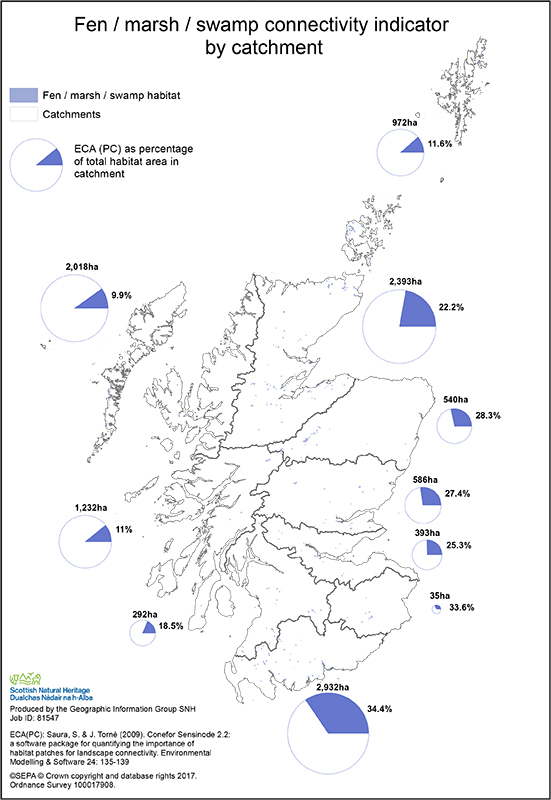 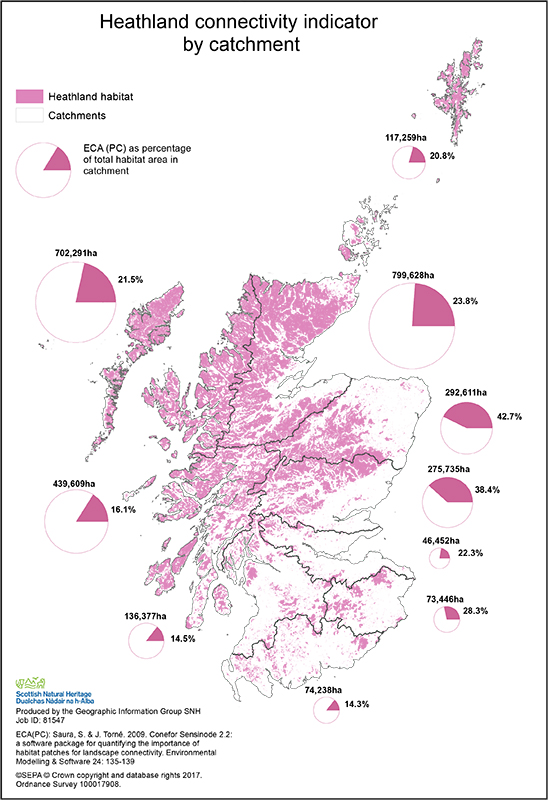 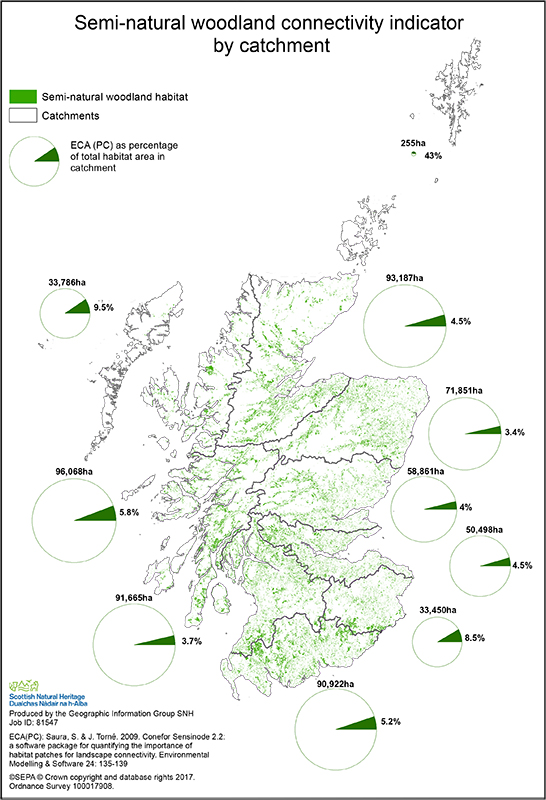 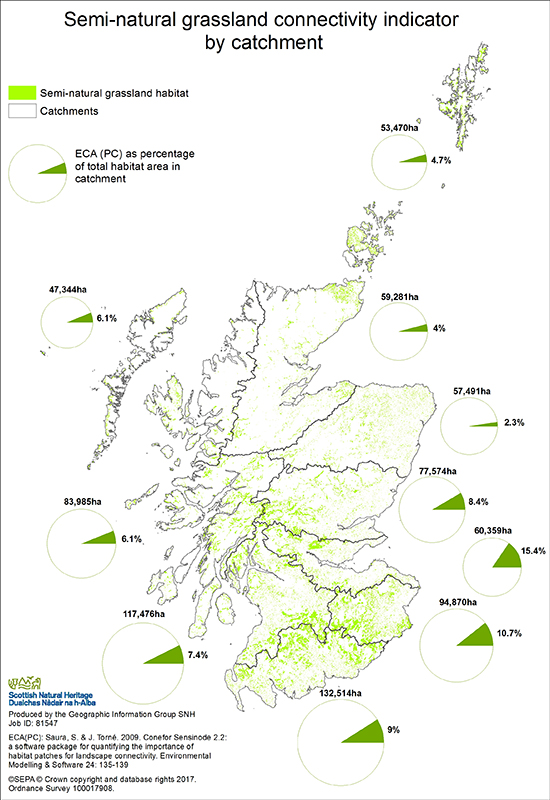 How do I interpret the data?

Analyses for four habitats are shown for each catchment.  The habitat connectivity of an area is represented as a percentage (segment) within the total habitat present (circle).

Connectivity is also affected by the degree of habitat fragmentation, the spatial configuration of habitat patches, and the permeability of the intervening land cover types.

Who is responsible for this indicator? 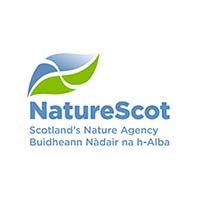 This indicator is prepared by NatureScot