Exploring our landscape with Where's Willie?

In Willie's latest blog, he shares with us his passion for the Scottish landscape and the important role he believes rocks and landforms have played in shaping who we are today.

As my wife and I travel through the Scottish countryside by car or train, she is intrigued (and occasionally frustrated) by my sudden expressions of appreciation for, to her, what are rather bland pieces of countryside. "Look at these moundy moraines!" I will gasp,"and those rocky scree slopes in the background." She does appreciate the flat areas of alluvium though as they are easier to walk on. These conversations demonstrate that we all see our country differently based on experiences and preferences. 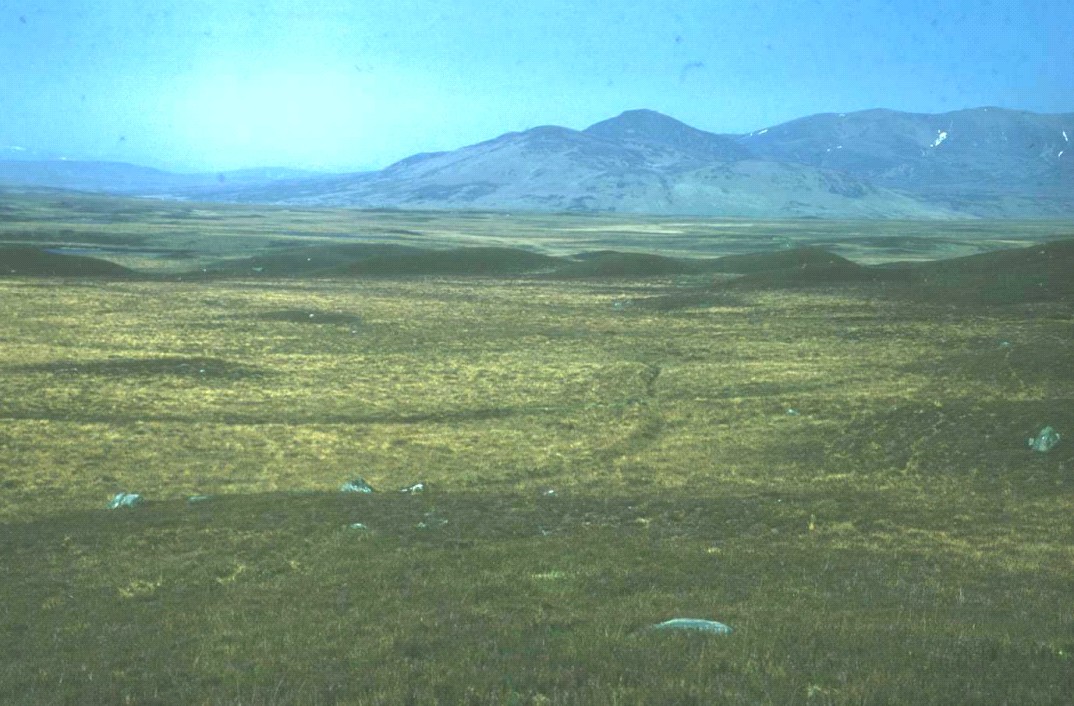 During the field work part of my career as a soil surveyor, I was trained, both formally and informally, to understand the wide range of rocks and landforms in Scotland. Rocks weather to form the parent material from, and on which, soils develop while landforms help determine the range and pattern of soils across the landscape. Next time you walk or drive across Rannoch Moor, notice the moundy nature of the terrain; these are moraines deposited by the ice sheets as they retreated from Scotland at the end of the last glaciation. Note also the varied nature of the vegetation between the mounds and the wetter bogs on the flatter ground between them. Different vegetation, different soils. This is the sort of conversation that can drive my wife to distraction so I hope that you are still with me!

Different rock formations across Scotland are, in my view, partly responsible for the population distribution across Scotland. In general, the more populated parts of the country have sedimentary rocks that produce more fertile and workable soils, and which were exploited to fuel the Industrial Revolution with coal. Compare north west Scotland or the Western Isles (‘hard’ Lewisian Gneiss) with Orkney (‘soft’ Old Red Sandstone strata); similar climates and altitude but poles apart in terms of population density and agricultural capability. Having said that, north west Scotland is home to the most stunning scenery in the country. As Norman MacCaig has said:

"Who possesses this landscape? - The man who bought it, or I who am possessed by it? False questions, for this landscape is masterless and intractable in any terms that are human." 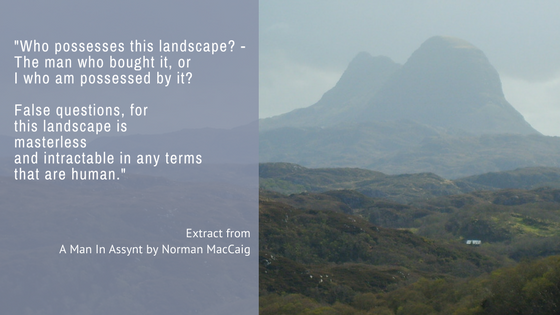 "Who possesses this landscape? - The man who bought it, or I who am possessed by it? False questions, for this landscape is masterless and intractable in any terms that are human." Extract from A man in Assynt by Norman MacCaig

Extract from A man in Assynt by Norman MacCaig

Two key elements of landscape are rocks and landforms and this is most obvious in places like north west Scotland, where human interference, certainly in terms of built infrastructure, is at a minimum. I guess they are also key elements in defining protected landscapes such as National Scenic Areas or how we define Wild Land.

But rocks and landforms are not just confined to rural Scotland. Our capital city has an extinct volcano, Arthur’s Seat, within its boundary, and the rock formations and backdrop of Salisbury Crags provided much of the inspiration for the design of the Scottish Parliament building. And what is probably the most photographed scene or building in Scotland and recognisable throughout the world (a good ice breaker at a dinner party of strangers)? I’d say Edinburgh Castle and I’d bet my bottom dollar, it wouldn’t be the same if it were not perched on the Crag on which it sits. And did you know that the Royal Mile is the Tail? One of our most iconic buildings and one of our World Heritage sites sit on a geomorphological feature fashioned by rocks and landforms. And not to be outdone, much of Central Glasgow sits on drumlins; next time you look up St Vincent Street, admire the rolling nature of the street and many of its neighbours. 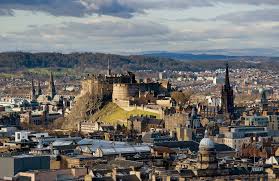 So I think it is not overstating things that Scotland’s rocks and landforms, valuable and deserving of appreciation in their own right, remain partly responsible for where and how we live, even in this fast advancing age. They have an amazing intrinsic value but also economic value; how many overseas visitors come to Scotland to play golf on our links and dunes? And to view Edinburgh Castle?

Our environment topic - Rocks and landforms