With over 180 years of geological knowledge and experience, the British Geological Survey (BGS) has combined its extensive subsurface data with modern videogame technologies to create an innovative and engaging new way to explore the ground beneath our feet. Steven Richardson from BGS explains more about this exciting project.

Using the massively popular sandbox game, Minecraft, the British Geological Survey has developed several detailed models across Great Britain that show Ordnance Survey mapping data on the surface and the position of ‘real’ geology beneath. Start digging through the surface blocks and you uncover the diverse range of geological formations that make the geology of Great Britain so unique. For example, players can fly over the white cliffs of Dover, climb to the top of Ben Nevis and dig into the ancient volcanoes of the Scottish isles.

In order to represent the geology found across Great Britain, British Geological Survey geologists had to select a suitable Minecraft block to represent each type of geology, in terms of its in-game hardness, texture and appearance. For example, in our Minecraft world the Isle of Skye is full of Obsidian blocks, which represents the large amounts of basalt present from past volcanic activity. 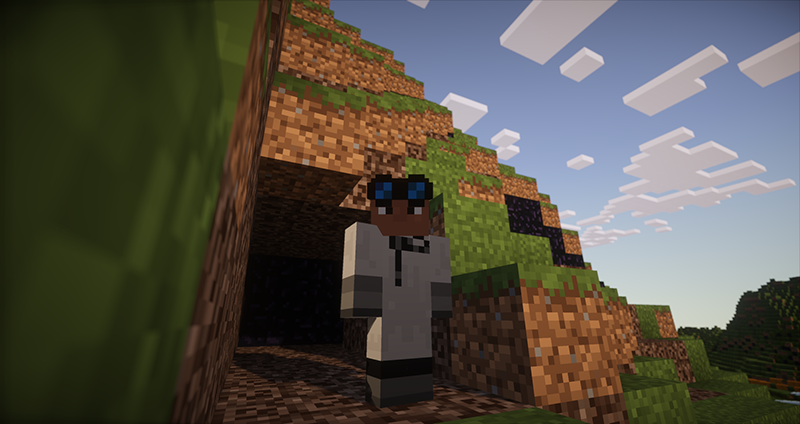 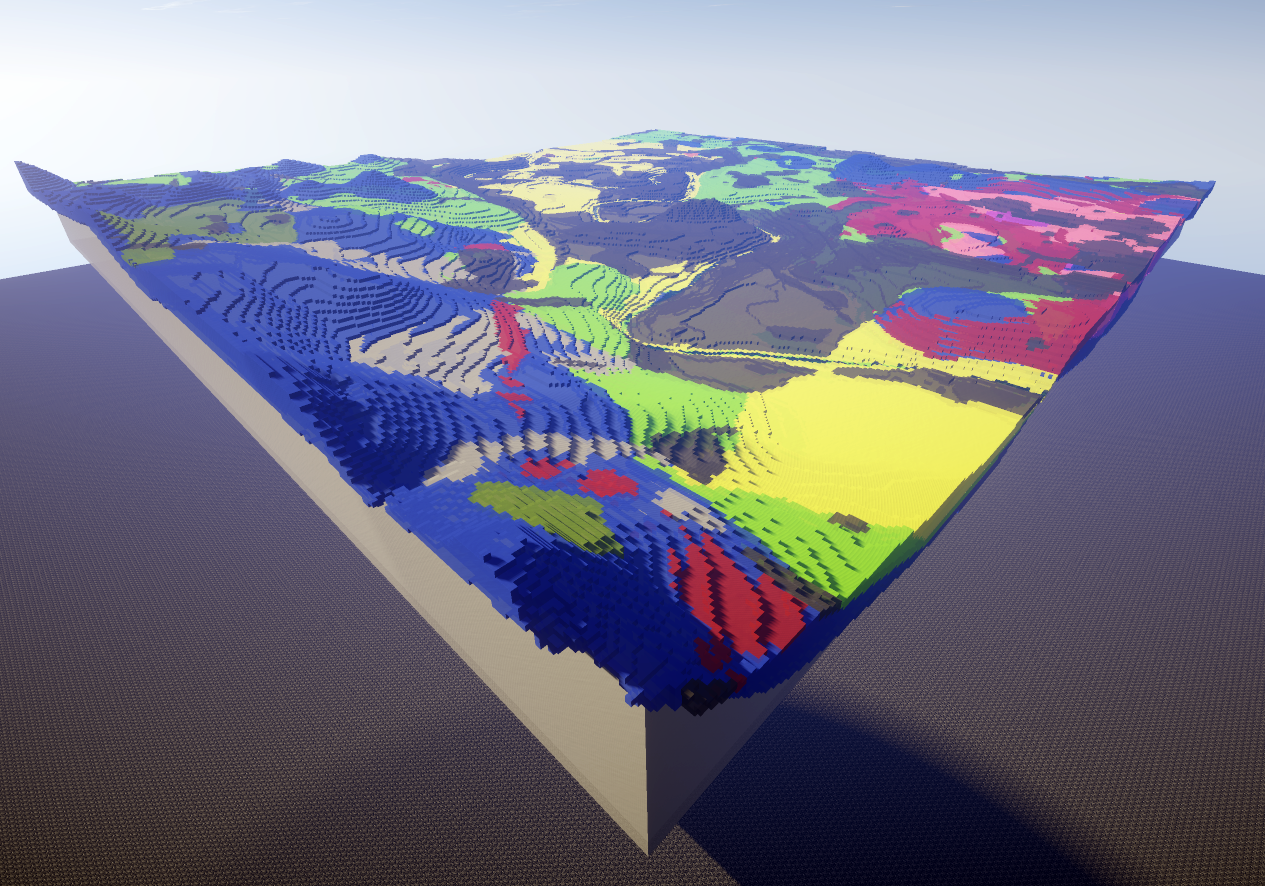 Geology of Glasgow on the Minecraft platform

This ability to utilise British Geological Survey’s three-dimensional geology models within Minecraft makes it easier for the public, especially young people, to understand and interpret geological maps – which are two-dimensional representations of three-dimensional concepts. When viewing a geological map of the UK you can see how the geology is distributed in two dimensions, however, it takes a deeper understanding of geological processes and concepts to visualise how the different layers of rock join, fold, overlap, fault or dissect each other. By using three-dimensional models and allowing people to explore the geology from all angles they can better visualise and understand what is really going on beneath the surface. Minecraft is an ideal platform because it does not require any mental calculations - the geology blocks are immediately accessible and you are able to dig through them, mine out areas and explore the geology ‘first-hand’. Anyone with access to the game can learn about the rocks beneath their feet in an intuitive and immediately apparent way.

One of the greatest challenges for any scientific organisation such as British Geological Survey is to communicate complex science with the public, especially to the scientists of tomorrow. With modern gaming technologies, such as Minecraft, we are able to engage people of all ages with the work being undertaken by British Geological Survey – making them more aware of how geology affects our everyday lives.

For more information and instructions on how to download the Minecraft Geology add on see bgs.ac.uk/minecraft.

You can take a closer look at how the geology rises and falls, and overlaps and folds at different depths at four locations across the country. These three-dimensional models allow the Minecraft player to explore the geology of: Glasgow, West Thurrock, York and Ingleborough.

Our environment topic - Rocks and landforms