Introducing the adventures of 'Where's Willie?'

You've probably heard of 'Where's Wally?' - the red and white striped jumper and hat wearing man you have to find in pictures of his adventures. Well we'd like to introduce you to the Scotland's Environment version - 'Where's Willie?' - and ask you to join him on his adventures as he explores our fabulous Scottish Environment in our new blog feature.

Meet Willie Towers - a native Orcadian (and proud of it).

After many years of fieldwork across Scotland, mainly north of the 'Highland Line', he has developed a close affinity with the Scottish landscape and the people who continue to shape it.

A former member of Scotland's environment web editorial team, Willie is currently enjoying his retirement. But he is by no means taking it easy. Instead, he's off exploring Scotland's fabulous environment. And what's more, he's going to share his adventures, and all the aspects that continue to fascinate and intrigue him, with us.

We're really excited to bring you the first, of what we hope will be many, blogs from our colleague and former editorial team member, Willie Towers. As he explores Scotland, both near to home and further afield, he'll be sharing his adventures - and thoughts - with us in his Where's Willie? blog. In this first post, he whisks us off to the remote islands of St Kilda to join him in fulfilling a life long ambition.

St Kilda: Island on the edge of the world

For the last 40 years or so, ever since I read Tom Steel’s book The Life and Death of St Kilda, the archipelago that lies 41 miles to the west of the Outer Hebrides has held a strong fascination with me. ​ Maybe because I am an islander myself, from Orkney – my father’s family go back many generations in Stromness with additional roots on my mother’s side from Islay.

St Kilda though always seemed out of reach and took a lot of organising to get there; whether this was true or just down to my perception or natural sloth is a moot point. However, there are a number of small companies now running day trips to St Kilda from Harris so, on Monday 23 May, I knocked this off my bucket list courtesy of Kilda Cruises.

Immediately we set sail, I had this overpowering sensation that this was going to be a “bl..dy good day” and that the journey there and back would be an intrinsic and vital part of it; boats are a fundamental part of island life. The journey served to emphasise how difficult it must have been for St Kilda to stay connected even to the Outer Hebrides in days gone by. Ironically the presence of the military on St Kilda now is largely based on its strategic position in the North West Atlantic for modern communication.

We berthed in Village Bay on Hirta, transported by small dingy to the pier where, after a short useful briefing by the National Trust for Scotland, we were free to roam the island. As is often the case, the summits of Conachair on Hirta (the main and only island that had been permanently inhabited) and Boreray were cloud covered. But by early afternoon, as also often happens, the cloud had dispersed to reveal the summit and stunning sea cliffs. I have never really read or heard any satisfactory explanation of this micro-climatic phenomenon that affects the archipelago. 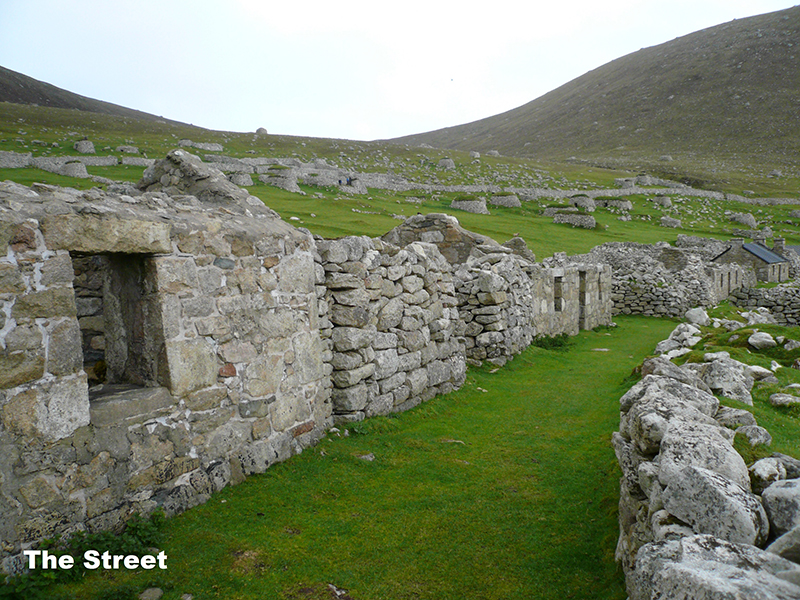 I spent much of the time ashore wandering around the lower ground where the islanders themselves lived and would have spent much of their lives. The ‘Street’ is by and large intact and is easily recognised as such with several houses now renovated and occupied by the National Trust. One’s imagination can run riot trying to envisage life there, much more easily for me than say in Skara Brae in Orkney. Perhaps the existence of photographs of St Kildans and recognisable dwellings helps understanding and interpretation, or it may simply be my lack of imagination with regards to Skara Brae! I guess St Kilda is a story of quite recent social history whereas Skara Brae is archaeology in the real sense of the word. 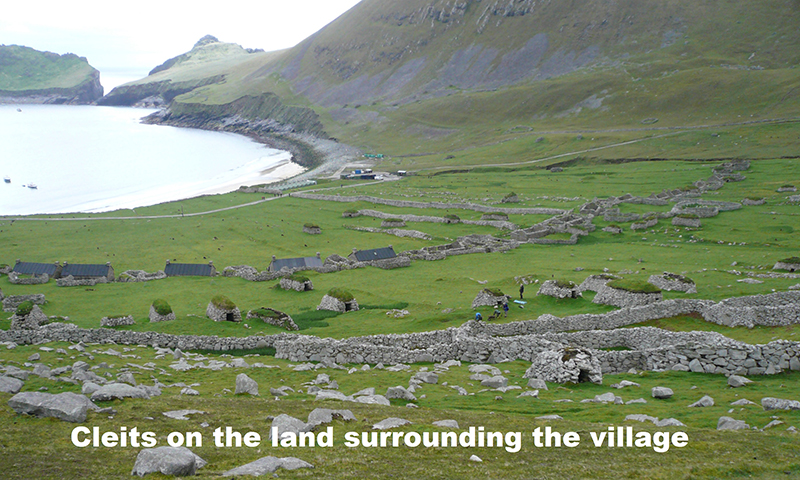 The most striking and surprising aspect of Hirta was the huge number of ‘cleits’ scattered throughout the island. They are stone constructions used for storage of many day-to-day necessities including food and fuel. The mind boggles as to the human effort that was required to construct them. They, more than anything else I saw, were what made St Kilda different from any other part of the Scottish Highlands and Islands.

The cruise around the rest of the archipelago to Boreray, Stac Li and Stac Armainn was sensational. The Stacs are extraordinarily steep and come sheer out of the ocean; did men really go ashore on these islands, climb them in ordinary shoes and kill gannets for their survival? And one winter be stranded there for many months and hence survive a small pox epidemic on Hirta? I honestly believe I would have lost my sanity in the cold, wet, wind and especially the darkness of a northern winter. Like many other 21st Century Scots men would have… 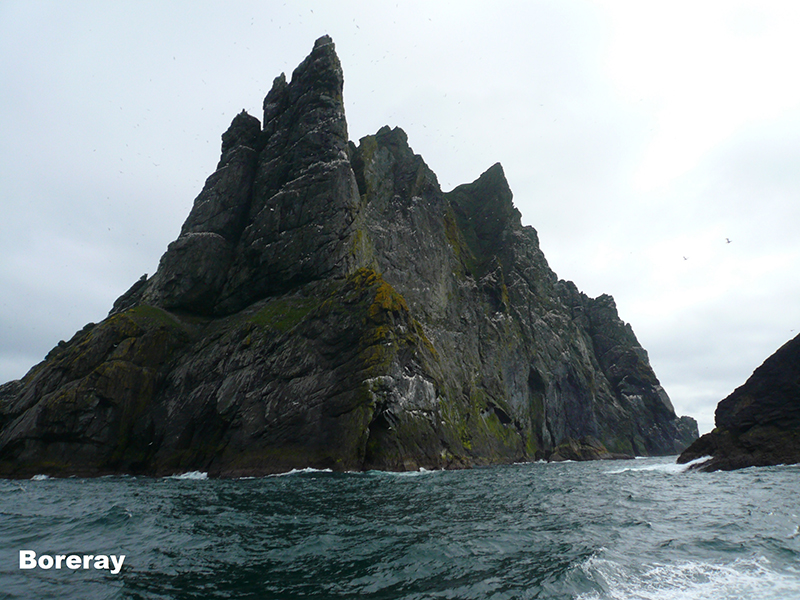 St Kilda greatly exceeded my expectations (which had been set high) and it is easy to see why it is a dual UNESCO World Heritage site for both natural and cultural significance, one of only two dozen odd in the world. To put that into context, St Kilda shares this designation with the likes of Machu Picchu in Peru. In his book, Tom Steel proposed that St Kilda in 1930 was out of kilter with the way the world was developing. I find it ironic that in 2016 an increasing number of people are looking to places like St Kilda as a refuge or sanctuary from the frenetic pace of life in which we now live. 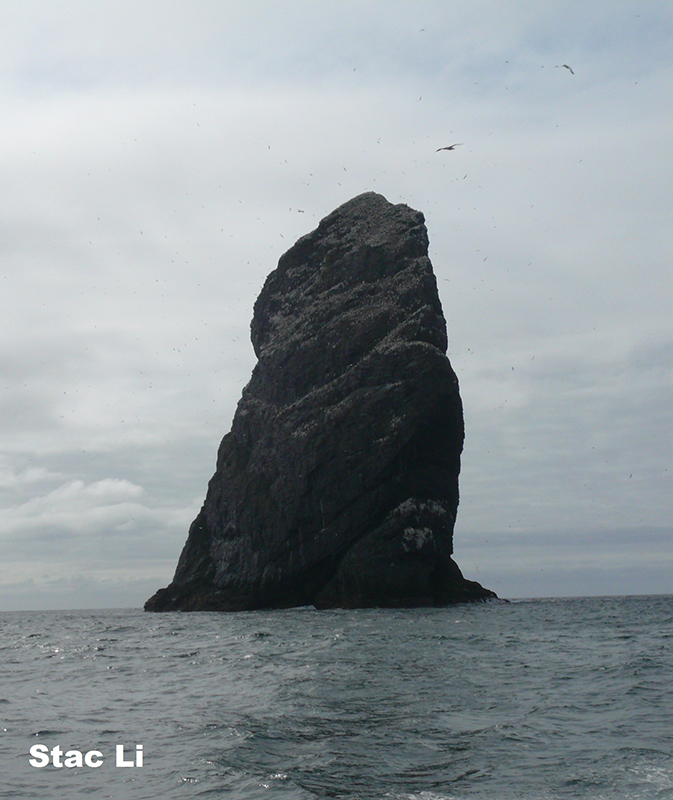 If Willie's blog has you intrigued and you want to know more about St Kilda there's lots of great information on the Historic Environment Scotland and National Trust for Scotland websites.

Don't forget you can also find maps, data and information about all aspects of Scotland's environment on our website.