Read a summary of what the Scotland’s environment web (LIFE) project has achieved.

The LIFE programme is the European Union's funding instrument for the environment. The general objective of LIFE is to contribute to the implementation, updating and development of EU environmental policy and legislation.

In 2010 SEPA successfully applied to the European Commission on behalf of Scotland’s environment web partners for funding to support and develop this initiative. The EU awarded €2.35 million, this figure is being matched by SEPA. The project ran from September 2011 to September 2015.

In May 2016 Scotland’s environment web was awarded one of the top 24 Best LIFE Environment Projects, out of 113 that finished in 2015, and more impressively, one of the top 5 "Best of the Best" projects. 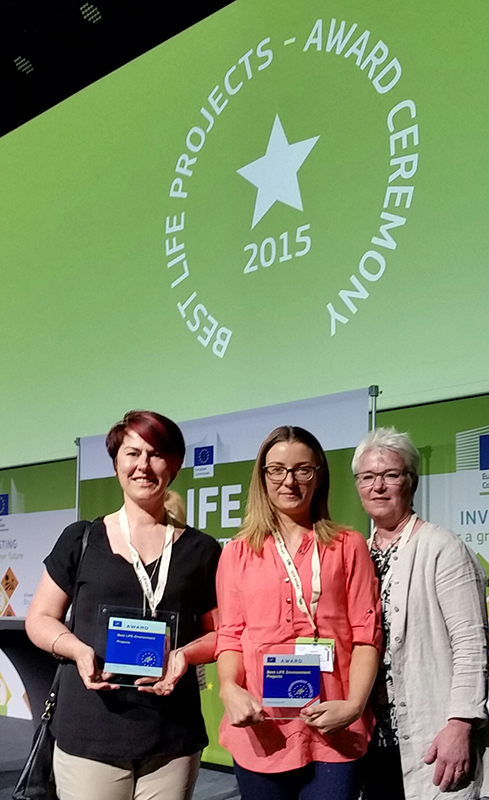 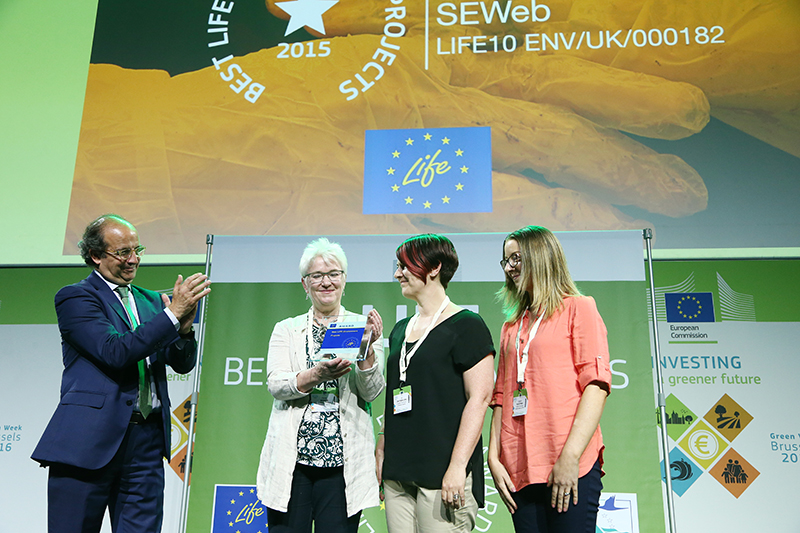 Through the establishment of an extensive network of environmental data providers and users, the project aimed to bring together information on Scotland’s environment so that it was easily available and in a usable form.

Scotland’s environment website was established as a partnership website and main delivery platform for the project. It provides access to data and information held and managed by a wide range of organisations across Scotland. The creation of the website and the Scotland’s environment web LIFE project was the start of a long term commitment to develop a new, modern and dynamic approach to presenting information by moving away from static, point-in-time reports, to a website where the most up-to-date environmental information is provided.

A range of activities have been undertaken to assess public interest and engagement in the environment, including:

In February and March 2012, 12 questions were placed in the Scottish Opinion Survey Omnibus surveying 2,054 people over 52 geographic locations to establish public knowledge and interest in the environment. The Population Survey Report 2012 collates questions and responses.

In April 2011 a Eurobarometer Survey was undertaken to assess attitudes to the natural environment across Europe. Results have been collated and analysed to provide a summary of responses at a European, UK and Scottish level.

This report presents a summary of comparisons between the 2014 and 2011 Special Eurobarometer surveys on public attitudes towards the environment. Answers to a selection of questions are presented for the EU as a whole, the UK and Scotland, to enable comparisons to be made between these different geographic areas and over time. These comparisons provide the background context against which an evaluation of the effectiveness thus far of Scotland’s environment web in engaging the public in actions to monitor and improve the environment is being made.

At the initial workshops in March 2012, the young people came up with ‘5 big ideas’ for developing content and applications to attract a younger audience. Due to enthusiasm of Scotland’s environment web partners to the work undertaken with the young people, the project undertook a second phase of engagement, in partnership with Abertay University to work with the pupils to develop 3 of these ‘big ideas' into prototypes. A story board and video diary produced by the young people provide information and feedback on the process. The prototypes of an on-line environmental game, mobile phone app and youth pages for Scotland’s environment websites are available on Abertay Universities’ website.

Understanding Behaviour Change report was produced in May 2012 to help partners involved in the development of Scotland’s environment web to better understand what motivates behaviour and how behaviours can be influenced.

Public interest in the environment

The Public Interest in the Environment report was produced for Scotland’s environment web management group in August 2012, summarising findings of all public interest assessment work, identifying themes drawn form the information gathered and proposing a suite of products to facilitate engagement with the public.

A Public Monitoring report was produced for Scotland’s environment web management group in August 2012, mapping out the current landscape in citizen science in the UK, identifying gaps and proposing a suite of products to engage the public in citizen science.

In 2013, Scotland’s environment web and The Conservation Volunteers undertook a project to look at the impact that engagement in citizen science activities has upon participants’ environmental values, attitudes and behaviour towards the environment and its management. This project was an important part of the Scotland’s environment web LIFE+ project evaluation strategy. The first phase of the project consisted of a review and summary of the existing literature and research worldwide regarding this issue, whilst the second phase consisted of interviews with TCV volunteers to ascertain whether participation in citizen science activities changed the way they thought about their surrounding environment and the way they behaved towards it.

The findings of both phases of this project are presented in the following reports:

A Scotland’s environment web funded research project, looking at how citizen science techniques can be used to monitor urban air quality, has just reached the end of its third phase. This project involved working with school pupils and cyclists who were testing out mobile monitoring equipment, and also included an evaluation of Scotland’s environment web’s toolkit for citizen science. The findings of the research to date are presented in the series of reports as accessed below. These findings are currently being used to develop a teaching resources pack (in conjunction with Education Scotland and North Lanarkshire Council) to facilitate citizen science and action on air quality in schools.

This project has created a network of partners who have collaborated to produce an advanced environmental information system to deliver four key objectives. The project is a demonstration of best practice and innovation and has strong potential for replication throughout the EU. It has started a conversation with the public in the monitoring and protection of the environment and finally has established a strong brand which will be developed as the environmental data hub for Scotland. Scotland’s environment web has been a leader in the rapidly developing programme of digital innovation in the environmental information ‘landscape’ in Scotland. The final report (PDF)

Scotland’s environment web has been working with Abertay University on a website visioning report, seeking an independent review of the Pilot (Phase 1) website and a detailed user analysis to inform the future design and development of the website.

Through the analysis of a website survey (nearly 200 responses), workshops with a wide range of different user groups (around 80 participants) and expert research, a series of recommendations have been outlined by Abertay University for the Scotland’s environment web Project to consider. These recommendations are now being used to help steer the future direction of the website that will:

Not all recommendations highlighted in the report can be progressed within this current phase of the Scotland’s environment web project, but the report is providing a useful information resource from which a new website implementation plan is being developed and will be imminently delivered, whilst maintaining a clear sight of the longer term opportunities and aspirations for the website.

A summary of attendance and workshop outputs can be found in the Scotland’s environment web LIFE+ project workshop report - September 2011.

On the 13th March 2015, over 90 delegates attended and viewed online the Understanding the state of the environment - international confernece. Speakers from the European Environment Agency, Dr Paul McAleavey and Cathy Maguire shared some of the headline findings from the agency's recently published European state and outlook 2015 report. Looking closer to home, SEPA’s Nathan Critchlow-Watton spoke about the collaborative process of producing the 2014 State of Scotland’s environment report, and Jo Muse about how Scotland’s environment web is helping to raising awareness, educate and inform Scotland’s citizens about the environment. Workshops in the afternoon gave delegates the opportunity to find out more about some of the key features of the Scotland’s environment web LIFE Project. Videos, presentations and more can be found on the International Conference page

State of the environment report

State of the environment infographics

This report presents the findings from evidence reviews of the health and wellbeing impacts of air pollution and of behaviour change related to air pollution. These reviews were carried out as part of a programme aimed at developing key messages for use to promote improvements in air quality and in public health, and thus contribute to addressing health inequalities in Scotland. Further detail can be found on the partnership work on Air quality and health.

Scotland’s environment web (LIFE) Project identified an action to develop an understanding of the costs and effectiveness of measures and interventions which are undertaken to protect and improve the environment. With information on the effectiveness of measures being identified as important for policy and regulatory development, an opportunity to pilot Multicriteria-mapping (MCM) methodology on the SEPA Smart LIFE Waste Project was identified. 4 reports have been published in support of this work.

Adding resources to the search